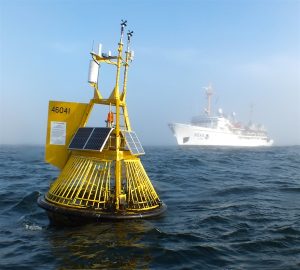 NOAA has been at the forefront of ocean carbon research and observations for decades. Through programs like GO-SHIP and the Surface Ocean CO2 Network supported by NOAA’s Global Ocean Monitoring and Observing Program, scientists have deepened our knowledge of the global carbon cycle and the role of the ocean in climate. NOAA AOML scientist Rik Wanninkhof served as lead editor of the newly released Integrated Ocean Carbon Research (IOC-R) report, which outlines a plan forward for ocean carbon research that can benefit decision-makers who are planning for climate change mitigation and adaption policies in the coming decade. Excerpt below is from the UNESCO Press Release originally published 4-27-21.

In absorbing carbon dioxide (CO2), the oceans play a crucial role in regulating the climate, a role yet to be fully understood. However, the oceans’ ability to contribute to climate regulation may decline and even be reversed in the future. The oceans that are now the blue lungs of our planet, could end up contributing to global warming.

It presents a synthesis of the state of knowledge about the oceans’ role in the carbon cycle and points to the way ahead. Its objective is to provide decision-makers with the knowledge needed to develop climate change mitigation and adaptation policies for the coming decade.

The report also emphasizes the importance of scientific knowledge to the taking of informed decisions within the United Nations Framework Convention on Climate Change in order to achieve the goals of the Paris Agreement and build more resilient societies.

The report highlights the role of the ocean since the industrial revolution as a sink for carbon generated by human activity. Indeed, without ocean and land sinks, atmospheric CO2 levels would be close to 600 ppm (parts per million), 50% higher than the 410 ppm recorded in 2019, which is already well above the agreed target of limiting global warming to two degrees Celsius.

But there is a danger that this process will be reversed.  Instead of absorbing carbon, the oceans could contribute to the warming greenhouse effect of CO2 emissions. The IOC report thus examines available observations and research to determine whether the oceans will continue to “help” humanity or whether they will turn against it, making mitigation and adaptation to warming more difficult.

The broader question is how humanity is altering the ocean carbon cycle, including through carbon dioxide removal schemes, and how this impacts marine ecosystems.

In developing the report, the IOC brought together experts from the five [1] international research and coordination programmes on ocean-climate interaction, which have been working together since 2018 in the IOC Working Group on Integrated Ocean Carbon Research (IOC-R).

Together they propose an innovative joint programme of medium- and long-term integrated ocean carbon research to fill the gaps in this field.

The report was developed as part of the ongoing UN Decade of Ocean Sciences for Sustainable Development (2021-2030).

“This is a unique opportunity to bring together all stakeholders around common scientific priorities. This integrated ocean carbon research (IOC-R) report emphasized the need for research to meet three key challenges of the UN Ocean Decade: unlocking ocean-based solutions to climate change, expanding the global ocean observing system, and delivering data, knowledge, and technology to all. Our knowledge gaps in these areas remain large and the challenges cannot be adequately addressed without  increased focus on improved understanding of the ocean through research.”

-Rik Wanninkhof, AOML Scientist and Editor for the IOC-R Report 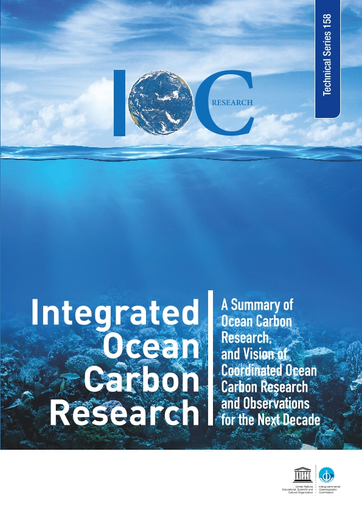