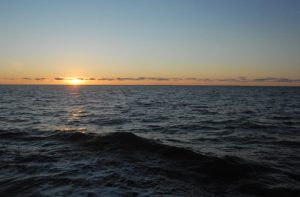 Fossil fuel emissions in 2020 are projected to decline by an estimated 0.7 billion tons in 2020  to 9.3 gigatons of carbon (Gt C), 7% lower than in 2019, according to new estimates relying on energy consumption data in the 2020 Global Carbon Budget, released December 11th by the Global Carbon Project.  Daily global CO2 emissions are estimated to have decreased by a maximum of about –17% by early April 2020 compared with the mean 2019 levels. About half of this change is due to changes in surface transport, especially road transport, during the COVID-19 pandemic.

Lower emissions in 2020 due to the COVID-19 pandemic have had little effect on the atmospheric CO2 concentration or uptake by the oceans. The concentration of CO2 in the atmosphere continued to grow by about 2.5 parts per million (ppm) and is projected to reach 412 ppm, averaged over the year, 48% above pre-industrial levels.

Global fossil fuel emissions grew by only 0.1% between 2018 and 2019 and reached almost 10 Gt C . For 2019 about half the CO2 remained in the atmosphere while the remainder was sequestered in nearly equal proportions by the ocean and the land plants.

NOAA’s Global Greenhouse Gas Reference Network, part of the Global Monitoring Lab provides atmospheric data for the Global Carbon Budget. The data show that the average rate of increase of CO2 in the atmosphere has been higher in the last decade (2010-2019) than at any other time in recorded history. Compared with the record of CO2 preserved in ancient ice cores, today’s increase is significantly larger and increasing much faster than natural changes over the last 800,000 years. According to NOAA Senior Scientist Pieter Tans, “it could be called an explosion of CO2.”

NOAA’s Global Ocean Monitoring and Observing Program (GOMO) provides funding support for ocean carbon observation data that is used to determine the ocean sink, or amount of carbon absorbed by the ocean. A global collaboration called SOCAT (Surface Ocean CO2 Atlas) collects all surface water CO2 levels annually and is the cornerstone to quantify ocean CO2 uptake that is critical to the Global Carbon Budget. GOMO funded investigators provide over half the data for the SOCAT database, which is comprised of over 27 million observations spanning over six decades. In response to the atmospheric CO2 increase, the uptake by the ocean has increased as well; ocean CO2 uptake is influenced by oceanic processes and varies seasonally and decadally. The uptake has led to increasing levels of surface ocean acidification.

The release of this year’s Global Carbon Budget comes ahead of the fifth anniversary of the adoption of the UN Paris Climate Agreement, which aims to reduce the emission of greenhouse gases to limit global warming. Cuts of around 0.3 to 0.6 Gt C (or 1 to 2 Gt of CO2) are needed each year on average between 2020 and 2030 to limit climate change in line with its goals. The magnitude of emission reductions, its verification, and impact on climate change depends, to a significant extent, on the ocean and land continuing to sequester CO2.  This requires a robust atmospheric, ocean and terrestrial CO2 observing system.